CMD is a phenomenon of our time that is often caused by stress, wrong posture and lack of exercise 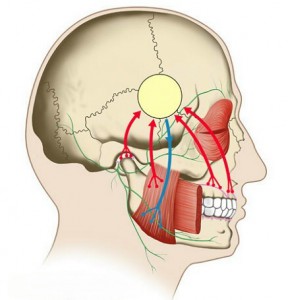 The craniofacial therapy is a treatment approach that particularly deals with complaints and disorders in the head, jaw, face and neck area. In order to clarify the causes and treatment of CMD, an interdisciplinary team of Oral and Maxillofacial, ENT, neurology, orthopedic, psychology and physiotherapy is required. The therapy is applied for example in

The role of physical therapy in CMD

Muscular and joint-related disorders are treated in the craniofacial therapy using manual therapy techniques. The correlations between each problem area that exist and the entire body are analyzed and it will determine which corresponding therapy as needed.

For more information about CMD and the necessary therapy be done. Existing correlations between each problem area and the entire body are analyzed and – if necessary – be included in the therapy.

Impressum I Datenschutz|ProPhoto Blogsite by NetRivet